Andy Rockwood has been a serial entrepreneur his entire career. Following military service as a naval officer during the Vietnam conflict, he joined his family’s newspaper publishing business in Barrington, IL, growing that business from a single publication to nine over a span of 18 years.

After selling the newspaper business in 1986, he became president of Truesdale-Hope Corp, a holding company for several family businesses. It owned Nexus Office Systems, a sales and service organization for Ricoh photocopiers and office products in Chicago and surrounding suburbs, the Embassy Executive Center which provided executive offices and services, and an interest in a mixed use real estate development near Traverse City, Michigan.

Since 1998, Andy has worked as a small business advisor, consultant, and coach to many small business owners in Northbrook, Schaumburg, Oakbrook and other nearby Illinois communities. In that role, he brings proven expertise in executive leadership, strategic planning and follow-through to help owners grow their companies profitably. He also has extensive experience in revenue generation, cost reduction and process improvement. 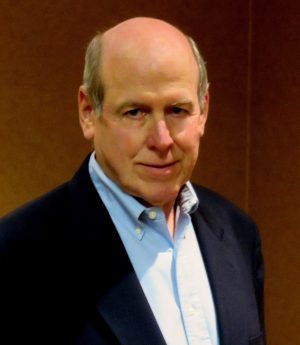 "One of the greatest challenges as a manager is how to delegate so effectively that once you have gotten the monkey off your back, your employees don’t return it to you . . . with instructions for its care and feeding."
John B. Roberts

"For the past 7 years, our company has worked with Andy Rockwood as a business adviser and consultant and his expertise has helped us continue to grow as a business each year. Andy takes the time to understand our challenges as a business and through his resources and experience, he helps us find the right solutions to overcome our challenges and realize our full potential. We have really appreciated the personal attention that Andy gives us and I highly recommend his services for any business that wants to continuously grow."
Review by J.P.
Business Development
Rating 5

"Andy has been a trusted business adviser and consultant with us for over 7 years and he has helped us grow as a business more and more each year. His expertise has been very valuable to us during this time and he has given our company personal attention by attending some of our meetings and advising us directly. We really appreciate how he takes the time to understand our challenges and help us come up with solutions to overcome these challenges and continue to grow as a business. I would recommend Andy’s services for small businesses that are struggling as well as businesses that want to reach their full potential."